I read Sadie last year after my friends recommend it as a book that would make you kill all men. They weren’t wrong. So after that amazing book, I had to get my hands on The Project as soon as it released. This is a YA thriller that is really, really twisted, with five parts that increase in what-the-hell moments. There are some really nasty people in the world, that’s all I’m saying.

The Unity Project is a big help in the community. It has a good reputation thanks to its community outreach and charity work, but Lo knows there’s more to it than that. Her sister Bea joined after Lo and her parents were in an accident, seizing contact with Lo and leaving her alone.

When a man shows up at Lo’s workplace (journalism), claiming that The Unity Project killed his son, Lo is one of the only people who believe him. She’s spent the last 6 years of her life trying to prove it herself, but now it’s time to really prove herself to be the writer she knows she can be and find the truth of The Unity Project and its leader Lev for good.

This book is a story of a master manipulator and his power over people. It takes place over two timeframes in two perspectives – older sister Bea joining and becoming part of The Unity Project, and younger sister Lo trying to prove that they aren’t what they say they are. Lev worms his way into people’s thoughts, praying on their trauma, their poor self-esteem, and their vulnerability. It is painful to watch him do this to our protagonists, who have been through so much during their lives.

I think I was expecting the ending to be more explosive, which is why I haven’t given the book 5 stars. I was expecting a mystery to be sold, but the book isn’t told like that. The rating may increase on a re-read knowing where the story is going to end up. But my heart felt so much for Bea and Lo, and the others in The Unity Project who deserved so much more love and compassion than they were receiving.

Overall another heart-breaking book by Courtney Summers – it has lots of content warnings so I recommend looking them up in goodreads reviews beforehand. Who knows what this author will throw at us next?

4 thoughts on “Book Review: The Project” 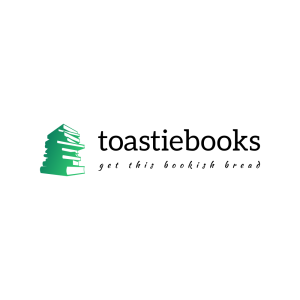